CHENZHU laboratory was authorized by TUV Rheinland group base on ISO/IEC 17025 to better support R&D, which test capabilities reached to 70+ items. 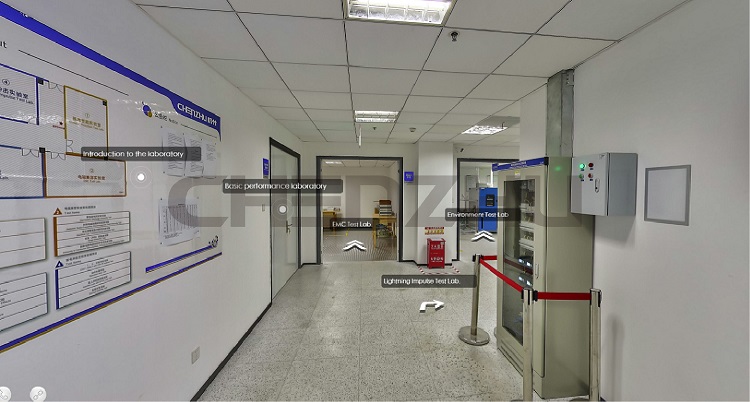 This system is developed by ourselves, the left screen shows the power on status of seven high-power equipment, and can control the power on and off of the electricity meter through the operating system, so as to control the power on and off of the equipment, avoid the risk brought by the direct operation of the electric meter, and can monitor the power consumption in real time, so as to strengthen the safety of power consumption; the right screen displays four main laboratories in real time In order to better control the experimental environment conditions. 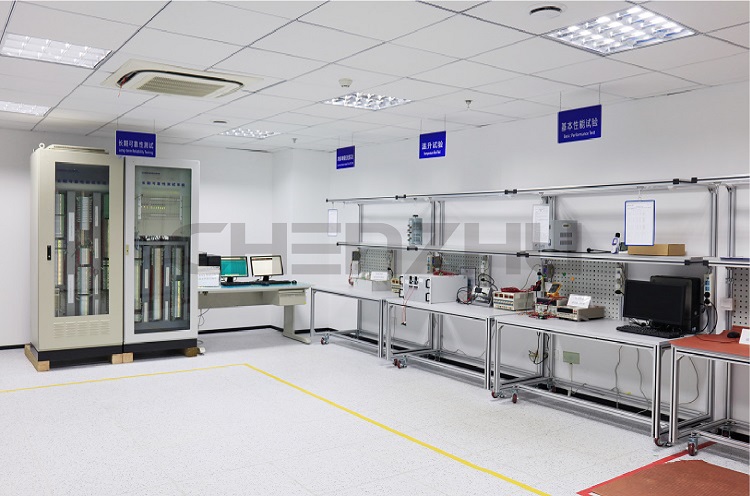 The basic performance laboratory mainly tests the basic functions of the instrument, such as accuracy, power consumption, electrical performance and so on. In addition to the equipment used for basic performance, the laboratory also includes a DCS simulation system to conduct long-term reliability tests on our products. Some products in the cabinet have been stored for more than ten years. 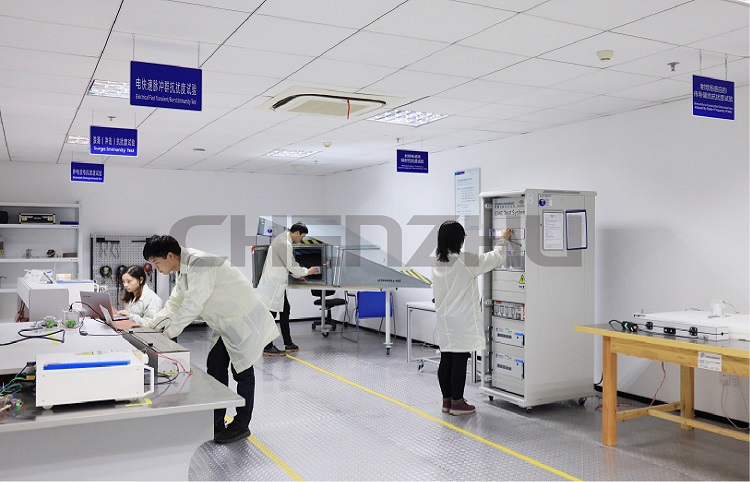 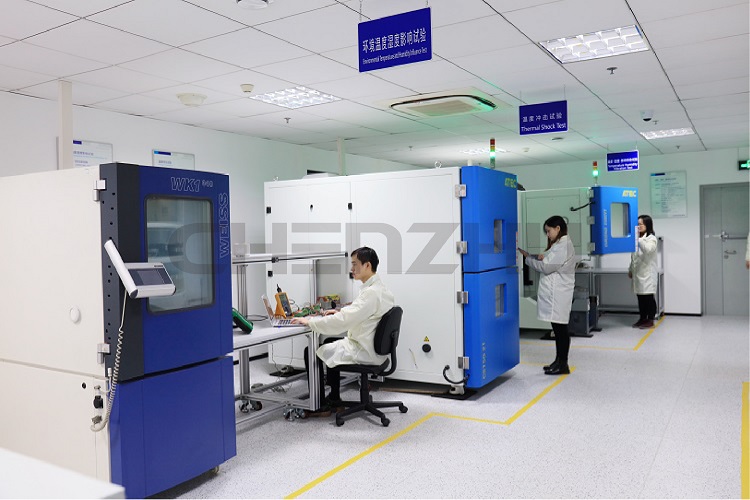 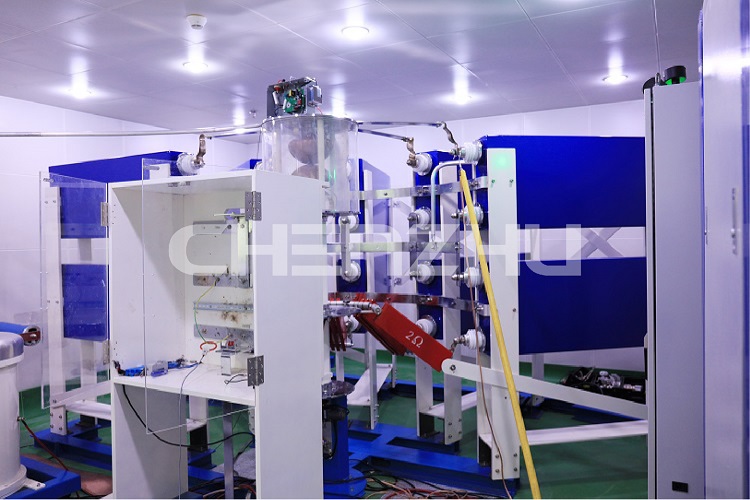 Lightning impulse current equipment can generate 10/350 μ s and 8/20 μ s lightning current waveforms, and its maximum discharge current can reach 200 kA, which can verify whether the product can resist the impact of lightning and other large current. The discharge equipment is operated in the shielding room through the outdoor operating system. The indoor monitoring camera is installed, and the outdoor operating system can monitor the indoor situation at any time.